I lived most of my life in #Alabama. Spent too much time tolerating bigots just to get by without making waves because i had things to do. Sometimes I whined #notallalabamians when my state did something reprehensible yet a-rsfcking-gain. Didn’t matter. Our name was still used to represent everything embarrassing about the South in 21st Century.

I was not an effective advocate for getting our heads out of our asses. I just voted for losing candidates and complained on the Internet. Surprise! It changed nothing. Alabama is insular and self-spiting even compared to the rest of the Deep South.

If Judge Meatwad wins every Alabamian and everyone who cares about Alabama is going to have to endure an unprecedented tsunami of scorn and it won’t matter if we deserve it individually or not. It won’t matter how many college football games Bama or Auburn win.  Emphasizing college football is just another way we let ourselves get played by the reprehensible oligarchy that run the state anyway. But that’s another story.

Many people post manifestos when they leave Facebook, as if they are nailing their words to the door of the Facebook Cathedral. Why should I be any different?

The TL;DR summary is that I got tired of pretending to have more friends than I actually have. If they can’t be bothered to stay in touch in *all* the other ways available to us in 2017, then there wasn’t that much friendship to begin with.

I remain on on Instagram (yes, I KNOW). I remain on Twitter for now at least, and I have email, and a damn website, *and* a couple of carefully neglected ERRRR curated blogs.

I don’t need to tell you that that this platform makes its users into marks in return for ease of use and shiny things to click. Or the privacy issues that make even the most paranoid conspiracy enthusiasts struggle to keep up.

But more than anything I resent Facebook for injecting itself into personal connections I have miraculously maintained and treasured over a lifetime that has already lasted a decade longer than I expected.

I have finally overcome the feeling that nobody will care about me unless I post and entertain them. That’s such an childish attitude. One that I have recognized in several students during my experience at the local high school.

And it’s an attitude nurtured by this supremely manipulative platform.

The blunt portion of this letter follows and I mean it without malice. But it’s the most important part:

If leaving Facebook means we no longer communicate, there wasn’t much deep communication to begin with, just superficiality. It means you all meant more to me than I meant to you. And I’m no longer afraid of losing that.

Hell, as far as 99% of you know I’ve been dead for years and this account is another FB artificial intelligence experiment. Or some punkass in Russia. Or the White House. Same diff. (heh)

I hope to be around. But this account goes dark at midnight tonight. 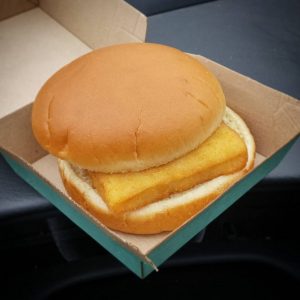 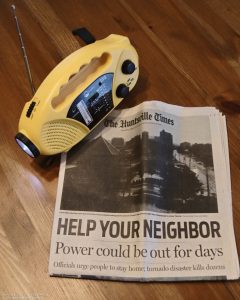 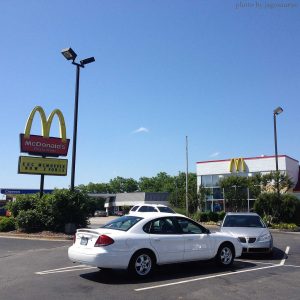 I dreamed I was back in Huntsville to take care of some mundane business and saw everybody I’ve known. And no one recognized me.

… or if I was literally no longer recognizable, and had morphed into a different appearance from living up in the hills. Like I had acquired the Appalachian equivalent of Lovecraft’s “Innsmouth look.”

In any case I need to watch what I eat before going to bed.

Oh, and as always,
#RESIST.

I am told by supporters of President* Trump that the opposition to his authority comes from elites residing on the East and West Coasts. They live inside “Bubbles,” out of touch with Real America, which just so happens to be where most of them either live or romanticize about profusely. Within the Bubbles reside “snowflakes” and “buttercups” who are worthless and weak compared to Real Americans.

I live in rural Southwest Virginia. From a distance it is definitely Trump country. My precinct voted 2 to 1 for the current President*. My former precinct back in mostly conservative Huntsville, Alabama voted for Clinton by a healthy margin. That’s a reminder that our current national divide isn’t exactly regional or even country versus city, but it’s finely structured within cities and towns. Some of it is motivated by race and ethnicity. Well, I think a lot of it is race and ethnicity.

The Russians couldn’t have exploited anything if we weren’t already ripe for the exploiting. Racism, the American Original Sin, comes back to haunt us over and over. And this time it might be fatal.

Meanwhile, I shop unnoticed at the massive Galax Wal-Mart. I look like the vast majority of shoppers, white and aging like fine wine. I am partially deaf, but I can pick up a few snippets of praise for the new President* without even trying. Sharia Law is being thwarted. Coal is coming back. Obamacare is out. I say nothing. I think that Trump is using these people like rented mules.

I substitute teach at an area high school. I hear students imitating their parents: “Build that wall!” “Trump Train! Trump Train! Wooo!” I gotta tell this one kid to settle down and let me call roll.

The school is about 95% white. So far, I’ve not had to deal with any post-election harassment of Black or Hispanic students. I’m grateful for that, and it might be evidence of the good character of the student body. I’d like to think so, at least. But I keep alert anyway. It is high school after all, and that’s a Bubble if there ever was one.

What Does a Yellow Light Mean?