I used to collect what one might call “kook lit.” Unhinged prophesies and/or conspiracies, feverishly illustrated and/or single-spaced, filled with gentle pleadings for humanity and/or violent threats. The kind of thing brought into Kinko’s @ 2AM by disturbed souls, with copies destined for car windshields, radio station PO boxes, who knows where else.

My collection is long gone, although I curated the hell out of it for years. One reason is that the Internet made it almost trivial to publish whatever you wanted. With few exceptions such as Time Cube (look it up), online kook lit didn’t have the same “bite” as the hard copy screeds. A second reason concerns my own sanity, and how hypocritical it was to have a cheap laugh at those who weren’t all that much deeper into the abyss than where I have been from time to time.

No, I don’t collect that stuff any more, but I remember the cadences, the dream logic, the occasional poetry entangled in the fused synapses of fevered minds trying to communicate … something, even at the risk of ridicule by downpunching asshats like me or visits by the authorities.

And I am here to testify as a former crackpotologist of note that all of my collection put together made more sense than the President of the United States does on Twitter on this 11th day of August in the Year of Oh Dear Lord 2018. 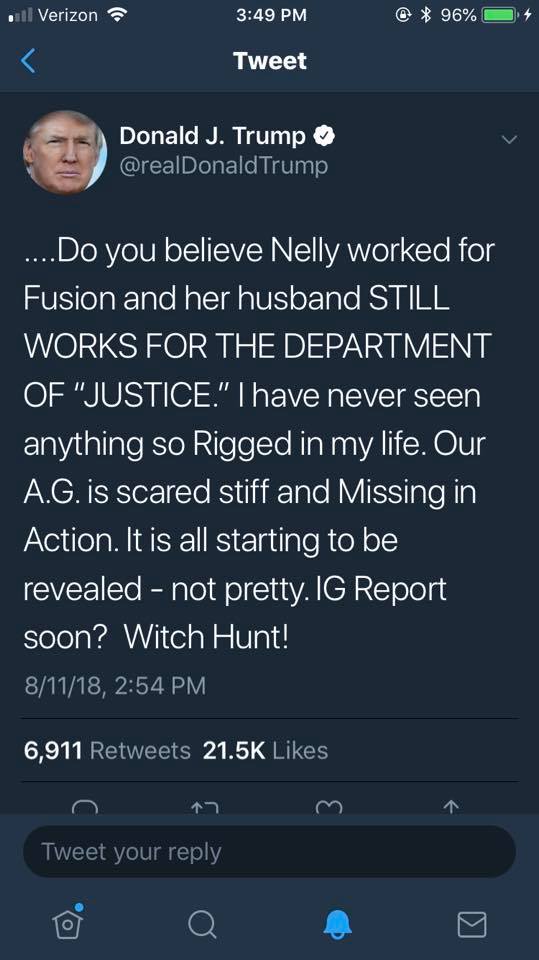